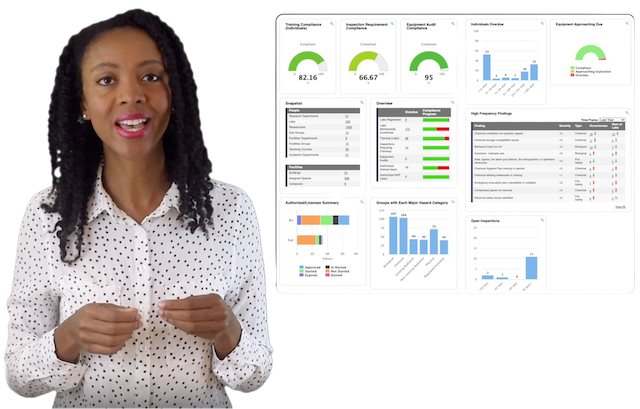 “I was a huge skeptic, a bit of a pain, but their platform blew me away!” | Steve Larson

[Story narrated in their words by Stephen Larson, prepared and written as a story by Jonathan Klane]

The SciShield team came in for a meeting. They had just acquired ChemTracker and wanted to discuss how it might be able to help us. Well, we had another system provider also promising big things. So, I decided to grill SciShield on theirs. What can it do? When will you have it done?They told me that because they’d had to redo much of the code to work in their system, it was like a half-built car. They had a lot more work to do. “Okay, when will it be ready?” I wanted to know. They said they didn’t yet know when – it was too early to tell. They had a vision for ChemTracker of about one year from then.

Well, the other vendor we were looking at knew when – 6 months the other had promised. Whereas SciShield was transparent and under promising, those others had given us a pie in the sky promise. 3 months turned into 6, then 9, 12, and at 15 months I’d had it!

SciShield was also great at communicating in both directions! They’d reach out to us with updates and we always were able to reach someone – our point of contact, their project manager, and customer service – and everyone is super friendly and helpful. Those others? They never assigned us a project manager, nor did we have a single point of contact. Whenever we’d call, we’d get the run around – “It’s not my role, project, or whatever” – that was so frustrating.

I called SciShield and said, “Let’s talk.” The others had finally finished their program 18 months later. But you know what? I ripped that plug right out of the wall!

SciShield under promised and over delivered – the perfect approach. They know who they are, and they don’t waver in their honesty and straight forwardness. Even if it’s to say, “We’re not sure that we’re the right system for your specific needs.” That’s rare these days. We never got that from those others.

ChemTracker is long since done though they keep improving it - we literally could not be happier! Yup, I was a huge skeptic, but they exceeded our expectations then and now - what a great decision!

SciShield Product Webinars: Coming Soon
Biosecurity - What Should We Be Concerned About?
Evaluating Hazardous Chemical Reactions

Did you know this was explosive? Still need it?" | Kimi Brown
I had to get down and dirty to see it for myself! (And boy, am I happy now!)
“With our 500 facilities and only a handful of safety professionals, SciShield is our life raft!”
“We so didn’t expect the added benefits we got – but boy are we glad!” | Cynthia Pressman

The Scientific Organization’s Choice for Safe and Productive Labs